Anyone who knew Shaheena well was aware that she cherished her four years at Barnard College.  She was away from her family for the first time – 3,000  miles away.  But Shaheena had a way of making lasting friendships everywhere she went and college was no exception.  She made her own family in New York,  not only with classmates, but also with the school.  Shaheena often said that one of her long term goals was to someday give back to Barnard for all that they gave to her.

Upon her passing, her family and friends got together and established an endowment fund in Shaheena’s name at Barnard College of Columbia University in 2013. The endowment is called Shaheena Karimi  Fund for Excellence through Service Award at Barnard College.

History of the Service Award

We thank all the family, friends and supporters who participated in this very noble cause. Their generous contributions, large and small, are very much appreciated. 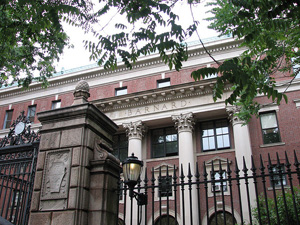 What Does the Fund Do?

Shaheena Karimi  Fund for Excellence through Service Award at Barnard College provides an annual scholarship to one deserving young woman at the institution who exemplifies the ideals of social service and volunteerism espoused by Shaheena.

We hope that never-ending support to students will help keep the memory of Shaheena and the universal message of her life’s pursuit alive forever.

Barnard College is a private women’s liberal arts college located in Manhattan, New York City. Founded in 1889 by Annie Nathan Meyer, who named it after Columbia University’s 10th president, Frederick Barnard, it is one of many women’s colleges founded in the nineteenth century. Barnard College is one of Columbia University’s four official undergraduate colleges. The acceptance rate of the Class of 2023 was 11.3%, the most selective and diverse class in the college’s 129-year history.